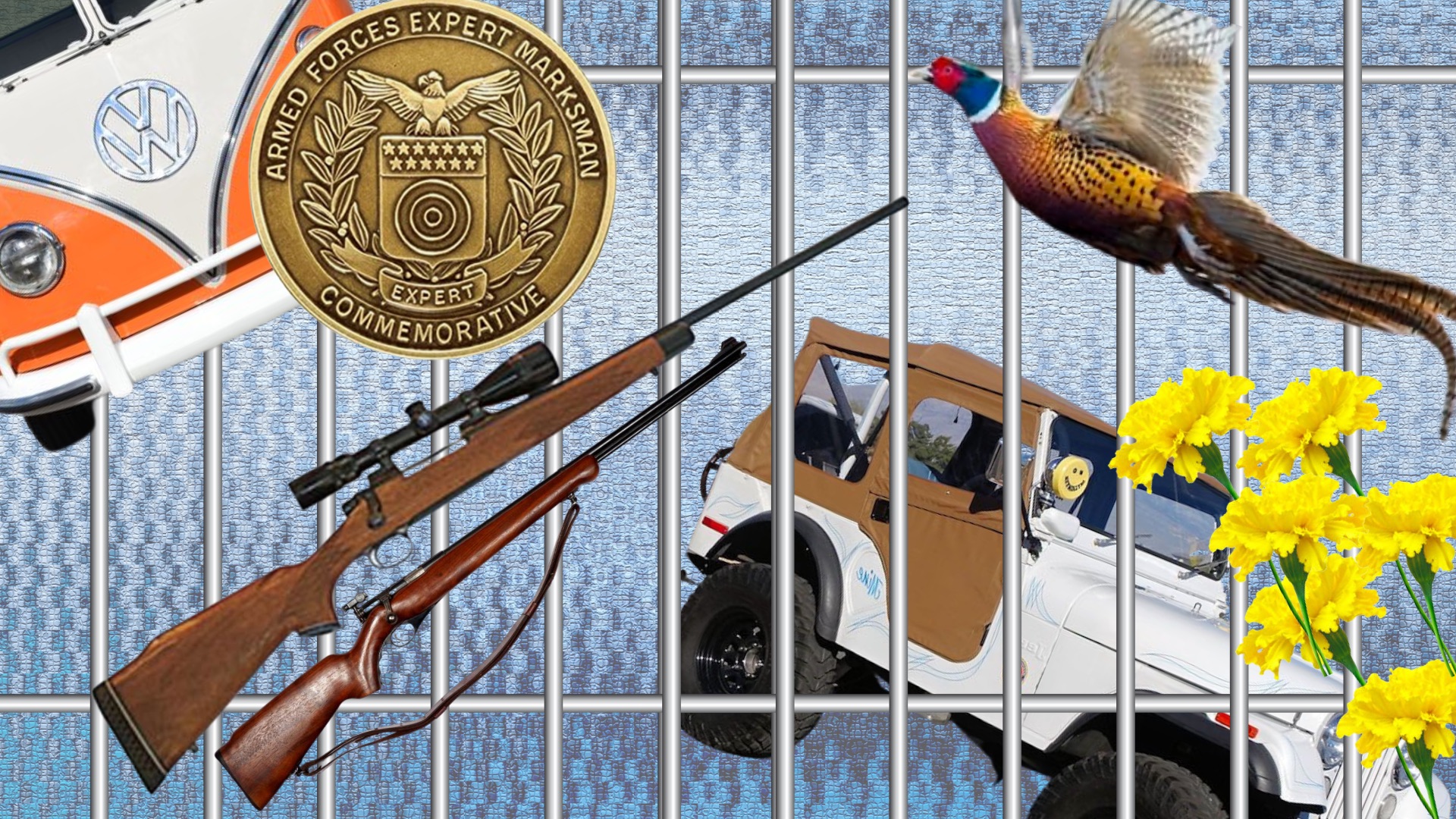 My name is Robert Thomas Fell. DC number 072139. I’ve been detained in the Florida Department of Corrections for over 42 years, convicted of murdering my wife.

On Valentine’s Day 1979, I found my wife in bed with another man. It wasn’t the first time. We’d separated several times for the same reason. Each time, she promised it would never happen again. I loved her, so I kept accepting her back. She never kept her word.

The plan was to get her boyfriend, but as all plans go, there’s room for error.

In March 1979, at approximately 9:30 a.m., the police arrived at my place of work and told me my wife had been in a fatal accident. Her boyfriend’s Jeep had been booby trapped to kill him when he put his vehicle in gear. At 7 a.m., my wife got into the Jeep and put the car in drive. As the car rolled forward, the gun went off. According to the coroner, she died instantly without any pain whatsoever.

As long as I can remember, my dad was strict. There were three ways he punished me. The first was by open hand, the second with a closed fist, and the third was with a barber’s razor-sharpening belt.

When kids in my neighborhood would chase me down and beat me, I’d come home only to receive a more severe beating for not winning the fight. Dad gave me fighting lessons nightly. Dad had been a street fighter growing up, and he wouldn’t accept losing.

I got so good at street fighting that I’d act like I was running away, so I could lure the boys into a blind alley. There, I’d hide a baseball bat and take them all down.

When I was 8, my dad took me hunting. He handed me a bolt-action .22 with a seven-shot clip. Our beagle scared up a flock of pheasants. Dad shot two with his twelve-gauge shotgun. I fired but got none. On the way home, Dad backhanded me several times, giving me a busted lip and a bloody nose. He said he hit me because I wasted a good bullet.

The next weekend, my dad dropped me off at a shooting arcade and paid the operator $20 to give me a good gun and left me on my own to learn. Dad picked me up 10 hours later. I hadn’t had a bite to eat or drink all day, my trigger finger was sore, but the arcade operator showed me which of my eyes was best, and I’d mastered shooting.

Every week for nearly four years, I used my allowance to buy two boxes of .22 shells and snuck into the woods to practice. During that time, I won many shooting competitions, but got the razor belt when I lost. After the most brutal of his beatings, I couldn’t go to school for two weeks. When I was 12, my dad moved away.

My mom refused to allow me to visit my dad for over four years. I’d worked part time and on weekends for three years to save up for a new Volkswagen bus and a Christmas present for Dad: a model 700 rifle. At 16, I drove to Alabama to visit Dad. I figured he’d be happy to see me, but he came out of his house with a baseball bat and started smashing my windows and yelling, “I don’t cotton to commie Jap cars.” I didn’t tell him the car was German because he’d fought in World War II.

I came out of the bus with the 700 .30-06 pointed at him. Dad stopped in his tracks and yelled at me to get off his property and to never come back.

I didn’t see dad again until many years later when he was dying. I was in my camo desert camouflage uniform, a couple medals, some ribbons, and an expert marksman pin on my shirt.

Dad asked, “You kill any commie gooks over there?”

I nodded and handed him the same model 700 rifle, very well used by then. I said, “Dad, I brought you this gun. It’s the one I bought for you the Christmas I last saw you. I put it to good use for a couple of tours.” But I didn’t go to the hospital to talk about killing. I went to thank him for teaching me how to stay alive.

“I forgive you, Dad. I love you with all my heart.”

After Dad spoke, he closed his eyes for the last time.

Almost one year after my wife was murdered, I was found guilty and sentenced to life in a Florida State Prison. In January 1980, at 6:30 a.m., I arrived at Lake Butler Reception Center by plane. The correctional officers made me stand completely naked in a garage area in 38-degree weather for over two hours. I was forced to spread my ass cheeks as one of the guards held a flashlight on my exposed anus. I was instructed to squat and cough, destroying what was left of my sense of self. When eventually processed and placed in a cell, the guards came by and called us all kinds of names, trying to provoke us into saying something back.

The guy in the cell next to me did say something and the guards dragged him to the shower and beat him to a pulp. Later that night, he died. They said he hung himself.

A couple of weeks later, I was transferred to Union Correctional aka The Rock. There, I had to use my self-defense skills to keep from being raped. I hurt them pretty bad, but once you hurt five guys at once, word gets around. “Don’t mess with that white boy.” After protecting my honor, I was placed in a one-man cell. Nightly, I heard the painful screams of young men being raped by the hordes of rapists in The Rock.

Since then, I’ve been transferred 12 times. For over 42 years, I’ve welcomed any job that was offered to me. I was a locksmith (making and servicing keys, and installing a foolproof alarm system), farmer (growing crops that earned the Department of Corrections awards and money), certified k-9 bloodhound trainer.

Despite all the good things I’ve done inside, I’ve been tried and tested by prison guards, prison staff, and prison inmates — all scum. The cockroaches of the system. A system which feeds on our souls, tearing them apart piece by piece.

I’ve been turned down seven times by the parole commission (now called the offender review). They make up their own rules and excuses to keep the good ones in prison and release the ones who will re-violate, which keeps their jobs secure. The truth is, if we were all paroled, there would be no more parole commission.

It doesn’t matter how good you are or what you do to make up for your past, you are treated like dirt by the commission and everyone else. I’m just a number (No. 72139) being punished for a crime I committed over 40 years ago.

I’ve been asked if I miss my wife. Every minute of the day. But the most common question I’ve been asked is Was it worth it? To that, I say, “Hell no. It wasn’t worth it.” Not a day goes by when I don’t feel remorse for my actions. Nobody has the right to take another’s life.

I was 27 when I was arrested. I’m going on 71. I know I’ve become damaged goods and I wonder how many out there in the world, I hope to one day reenter, will accept this damaged man. I think about my dad often, what his role was in my mistakes and my survival. I forgive him. I forgive myself. The question is, will the offender review forgive me too?