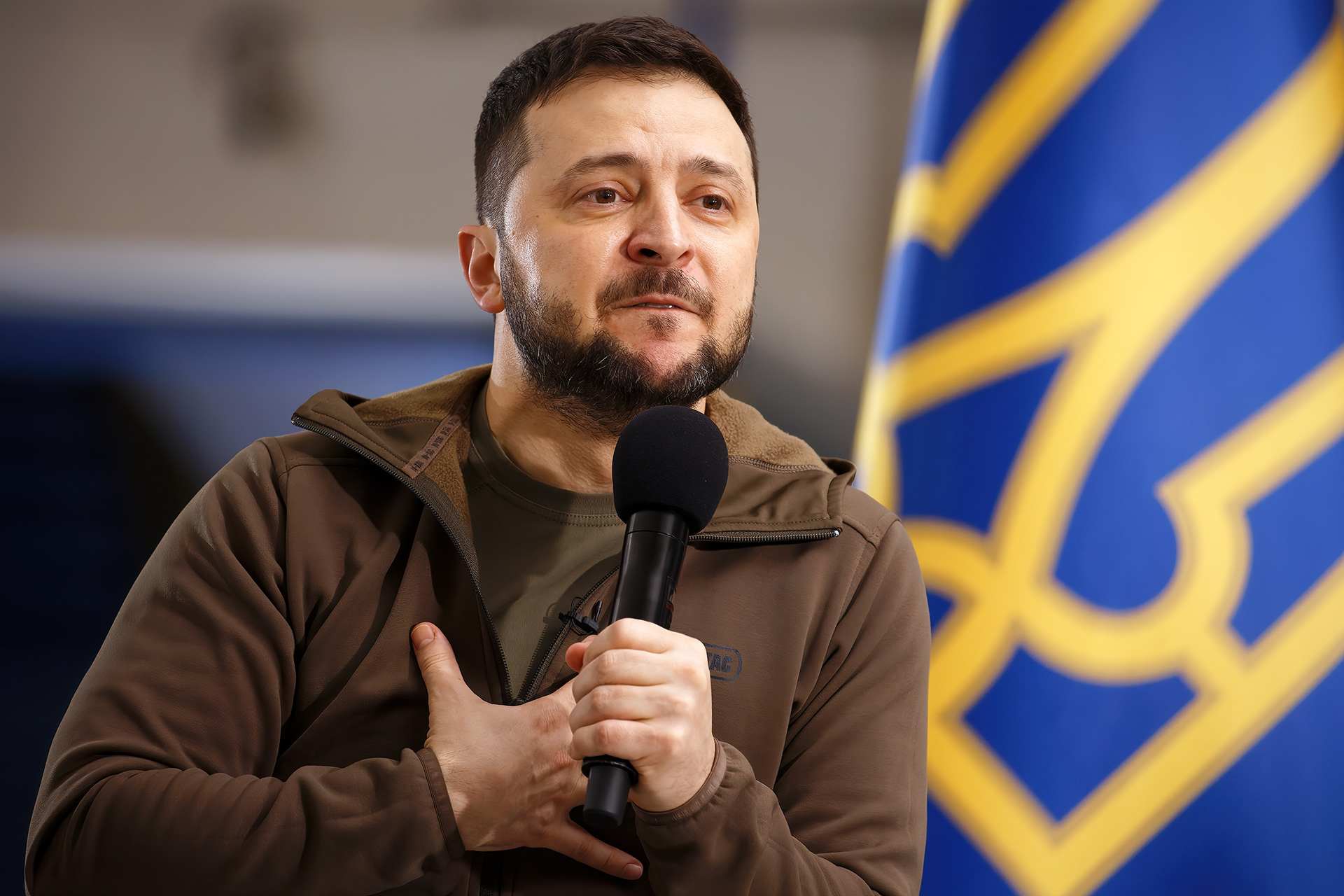 Everybody Lends a Hand

George Lancaster believes Ukrainian President Volodymyr Zelenskyy is setting some examples of a different — and better — form of patriotism.

Having had the privilege of living for a protracted time in Japan, the US of A, and Australia, I find patriotism, or national expressions of specialness eternally puzzling. And sad. For few seem to understand it for what it is: propaganda.

And never do you hear it more than during crises. As if one nation’s people care more about each other. You hear it in Australia during the fires and the floods, “We’re Aussies, we take care of our mates.” In the U.S. after a tornado, “We Americans know how to help each other.” Japanese may not say anything out loud, but the Bushido ethic is implied by their described unique, indomitable strength in the face of overwhelming odds.

Seems to me we’re all human, and our natural inclination is to help one another, with heartfelt urgency, regardless of territorial boundaries. Does living in one country make you all that different than anyone else when it comes to surviving? Does a Bangladeshi, his village swept away in a monsoon, think, “Wish I was Australian. Then I’d know what to do.” Or a Haitian after a devastating earthquake, “Sure could use some of that American can-do spirit!”

Of course not. They just hunker down and lend a hand, whether it be for well-known neighbors or strangers.

And if in danger from an invading force, wouldn’t we all want to stand and fight?

What’s been fascinating (and encouraging) about events unfolding in Ukraine is President Volodymyr Zelenskyy’s success in taking the crisis response beyond its borders. Yes, there is much said about the resolve of Ukrainians, but it’s expertly placed in context of universal themes of human rights, freedom, and sovereignty. To make the fight for peace in his country all of humanity’s responsibility. He’s got us thinking beyond our own nationalities and uniting for a global and just cause.

Seems to me we’re all human, and our natural inclination is to help one another, with heartfelt urgency, regardless of territorial boundaries.

Don’t believe I’ve ever seen such a thing in my lifetime. And it’s working.

Perhaps this can translate to a new, enlightened sense of patriotism, that of belonging to the planet, not just one nation.

I won’t hold my breath.

National exceptionalism to me isn’t worth the negatives. Patriotism too often fosters toxic otherness. As in “we vs them.” Like the American South leading up to and after the Civil War. Like Germany and Japan in World War II. Like the disintegration of Yugoslavia. Like Myanmar. Like the current Sudan and Ethiopia. And countless other violent conflagrations.

Today there are nearly 60 conflicts occurring across the globe, more than ever before, and I’d wager most erupt from misinformed and misguided patriotism.

That toxicity also bruises immigrants. And citizens of different appearance than the majority. It flares when both Australians and Americans yell, “Go back to your own country!”

And Japan as a nation disdains all people unlike its citizens. Get this, it is more willing for its population to potentially halve by 2050 than accept immigrants. “By Buddha!” it must be thinking (although probably not – don’t think they have an equivalent to “By God!”), “better to disappear as a people than risk polluting our bloodline.”

How insane is that?

Yet, a Japanese person would, like any decent human, jump right in to assist this blonde-haired (okay, so there’s not much left, and what remains is looking a lot grayer) pink-hued foreigner in a typhoon-related calamity. And spring to help if I collapsed of a heart attack on a Tokyo street.

And what of the American flag-waving MAGA crowd? How much of their “cause” is girded by deep-seated suspicion and ignorance of others? In other words, anyone other than American?

Patriotism is just too easily manipulated by conniving autocrats. Hitler did it. Trump did it. And continues to do it.

And now we’re witnessing Russian President Vladimir Putin do it in real time. As if being Russian makes you special. It means you live in a place called Russia, but it doesn’t assign you any unique attributes above anyone else in the global community.

All the national flag waving, hands-on-chest reverencing, anthem singing, and pledges of allegiance give me nausea. Because it’s no longer about pride of country (was it ever?). Now it’s about the craven belief that the citizens of one country can somehow be more exceptional than others.

Personally, I just believe in my own exceptionalism. As a human inhabiting this planet. How ’bout you?