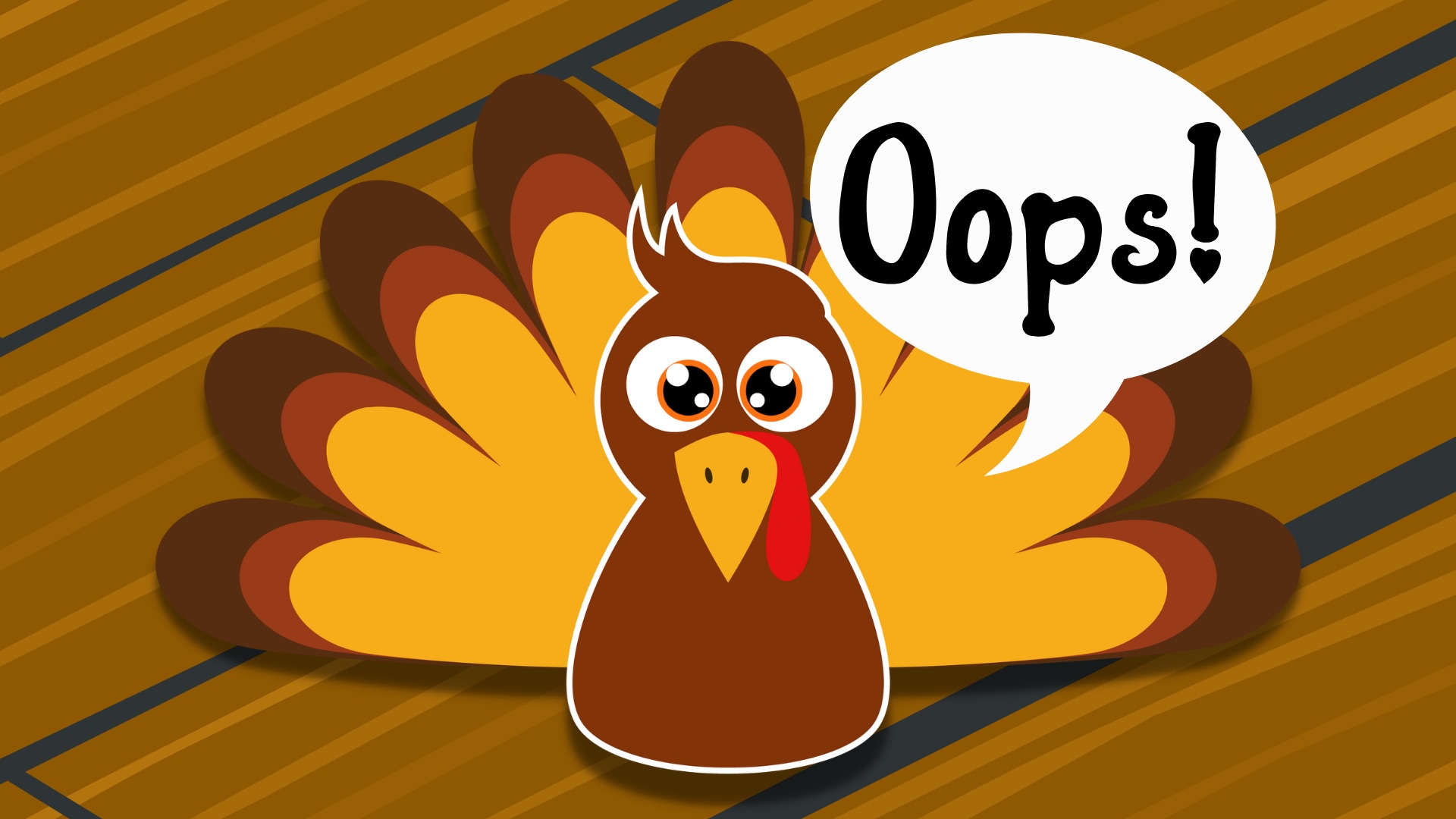 In north Mississippi, close to the Tennessee line, the extended Brown family reunites for Thanksgiving. And sometimes, they tell their secrets.

Thanksgiving, for my large extended family, is a major event. My great-grandparents, on my Daddy’s mother’s side, had 11 children. Ten of them made it to adulthood. That brood all had children, who had children, and now we have children.

I speculate there are about 80 of us in my generation. I haven’t done a recent tally, as we’ve lost some over the years, both first and second cousins. I can tell you their names, where they live, even who their ex-wives are. My great-grandparents, though financially poor sharecroppers, instilled a rich love of God, family and education. The love their union created is still alive and well among my large extended family.

We are scattered coast to coast, but we gather in Nesbit, Mississippi, the week of Thanksgiving. Cousins come from all over. Our family is so large now that we divide the main meal among the three houses. Cousins make the rounds that morning. We laugh over coffee and just visit. My Memaw is about to turn 90. She supervises while I do most of the cooking Thanksgiving Day.

I cooked my first turkey when I was 17. Mom taught me how to roast one in a baking bag. They are great tools for beginners. The flavors are concentrated, the bird stays juicy, and there is no basting required. Like many things I’ve mastered in the kitchen, the mastery was developed because I wasn’t a fan of someone else’s food. I’ve had plenty of flops over the years. I’ll never share about the first time I ever attempted sausage gravy. I made paste. It was bad. So bad the dog wouldn’t eat it. My gravy skills have greatly improved.  But I digress.

Turkey is very easy to cook, but it’s also easily ruined. Overcooking leaves too dry and without flavor. Undercooking leaves it raw in the middle. Raw is the worst. Dry and tasteless won’t send your family to the E.R. instead of Black Friday shopping, but raw will. I’ve roasted many birds over 20-plus years, using various prep methods and flavor combinations. I tend to keep it simple with seasonings. It will taste great using salt, pepper, herbs and butter. Placing a cut onion, apple, and celery in the cavity adds both moisture and flavor.

All of them proceeded to gasp and grab their chests. Then there was silence. Finally, Aunt Mary, our matriarch, said, “I told you not to tell them!”

The method of prep and cooking will be personal. You can wet-brine your bird in salt water and herbs. A five-gallon bucket, ice and a Hefty bag works great. Especially if it’s cold enough outside to use your car or porch as a back-up fridge. You can dry-brine your bird. Just salt it inside and out. You can inject it with Cajun butter and deep-fry it like my Louisiana friends do.

There is absolutely no reason to have a dry, flavorless turkey on your holiday table. Turkey is a year-round meal item at my house. With a growing family, it’s cost effective to stock up when they’re on sale. Leftovers can be used in so many ways. They’re great for working parents to roast on the weekend and use up through the week. I prefer turkey to chicken. I hope sharing that doesn’t start the revocation of my Southern card.

Something almost as important as fully cooking the turkey is to keep it off the floor. Thanksgiving 2016 was a year when our family got hit. Our family lost several members that Thanksgiving and the previous year. After we finished our meal, we were sitting around the table chatting. There were multiple generations of cousins and uncles, four great aunts, and Memaw. When the tears started flowing as family members were missing loved ones, I couldn’t take it anymore. I, too, was missing them, especially my Daddy.

I sipped my coffee, took a deep breath, and said, “Well, I know y’all are having a rough day, but at least you didn’t feed your family floor turkey like me and Sue did.” I sipped my coffee.

My starchy proclamation was met with four geriatric Southern aunts and a Memaw screeching in tandem, “Sarah Elizabeth!”

All of them proceeded to gasp and grab their chests. Then there was silence. Finally, Aunt Mary, our matriarch, said, “I told you not to tell them!” Her scolding was met with optical daggers sent her way. Not only did Aunt Mary know about the floor bird, she was in on the cover-up. I’m not sure if the tears were from grief, laughter or shame. It would have depended on whose cheeks they were rolling down. My own were from laughter. Cousin Chris was stunned I’d actually uttered those words.

After I quit cussing, then came the laughter. We were in tears laughing. The bird was still mostly intact, minus a leg and wing.

We had set the roaster up on a low bookcase in the utility room, just off the kitchen. It was the best place, as electrical outlets are sparse in houses built in the 1950s. The large room smelled of Pine Sol. It houses the deep freezer, pantry shelves, washer and dryer.  The salted, herb-buttered turkey was placed in a bag and onto the rack in the roaster oven. I had never cooked one in a bag in a roaster oven. But it was Memaw’s house, and I picked my battle. I inherited the bossy gene from her, and she inherited it from Granny, so I know when to keep my mouth shut. When Memaw puts her hand on her hip, I’ve lost. It doesn’t matter what it is. If my hand goes on my hip, my kids have lost. The tradition continues.

The early morning progressed along rapidly. Onions and celery were chopped. Cornbread and biscuits were crumbled. Cheese was grated, and bechamel sauce was made and added to elbow pasta. The time came to assemble the dressing. The largest food-safe mixing vessel Memaw owns is a white, enameled dishpan. Into the pan went breads, cooked onion and celery, herbs, and chicken broth. The time came to add the last bit of flavor, in the form of pan juices and eggs. If you add eggs last, you can safely taste your dressing as you go, to adjust seasonings.

We entered the utility room. It now smelled of Pine Sol and roasting turkey. She removed the lid from the roaster. Oven mitts on my hands, I reached in and grabbed the rack handles. Memaw grabbed the platter. Suddenly, the rack snapped! The bag burst when the bird hit my sneakered foot. Lava-hot broth sprayed from the bag. I was stunned and scalded.

Memaw was confused. I was confused. If the turkey could see, it would have seen two Brown women, apron-clad, hands on ample hips, glaring down like, what in the Sam Hill do we do now?

After I quit cussing, then came the laughter. We were in tears laughing. The bird was still mostly intact, minus a leg and wing. As I started peeling off still steaming shoes, socks and sweat pants, we realized we had company. We turned to see Aunt Mary, also hands on hips, looking at us perplexed. Memaw and I looked like the cat who ate the canary. There was no denying what had occurred. Mary surveyed the crime scene. She directed us into action. I was to pick up the bird and take him to the sink. Memaw was told to grab the errant wing and leg. Upon further examination, it was determined the only turkey parts that actually hit the freshly mopped floor were the limbs. The remainder of the slippery fowl was still thankfully enclosed in the bag.

Aunt Mary said, “Tell no one.” Yes, ma’am. She’s in charge of all of us. We needed someone to tell us what to do. To Aunt Mary, my Memaw is still her little sister. We follow orders.

The main casualty of the fiasco was all the beautiful broth. It turned the gleaming floor into a slippery steaming mess. I bore the brunt. There were burns on my leg and foot. That year, we made the gravy with canned broth. Everyone ate it. Nobody complained. Nobody knew, save we three. We rinsed off the leg and wing. Onto the platter they went. A one-legged turkey would have looked weird. Memaw stands on pomp and display around her holiday table, so two legs it was. Like most years, my beloved family enjoyed the food and fellowship.

After the morning of caterwauling we’d had in that bad year of 2016, I just couldn’t take it. I’ve always used humor to deflect. It seemed a good of time as any to tell them about the main event hitting the floor.

It dawned on me later that Memaw never once hollered at me for cussing that morning. I’m sure she was thinking her own version of the words I was saying. She may have tried to refine me in my 40 years, but I can’t help it. I do watch my mouth around her, but that morning I got my one and only profanity pass.

The moral of the story is this: If you’re about to host your first holiday in a new home, if this is your first time to roast a turkey, or if you accidentally over-salt the gravy, like I did last year, so long as your bird doesn’t take flight, it’s a successful holiday.

Happy Thanksgiving. I’ll be in the same kitchen, getting bossed by the best, loving every minute with my Memaw.

Sarah Brown is a freelance writer who enjoys sharing her beloved Southern culture through stories and food.