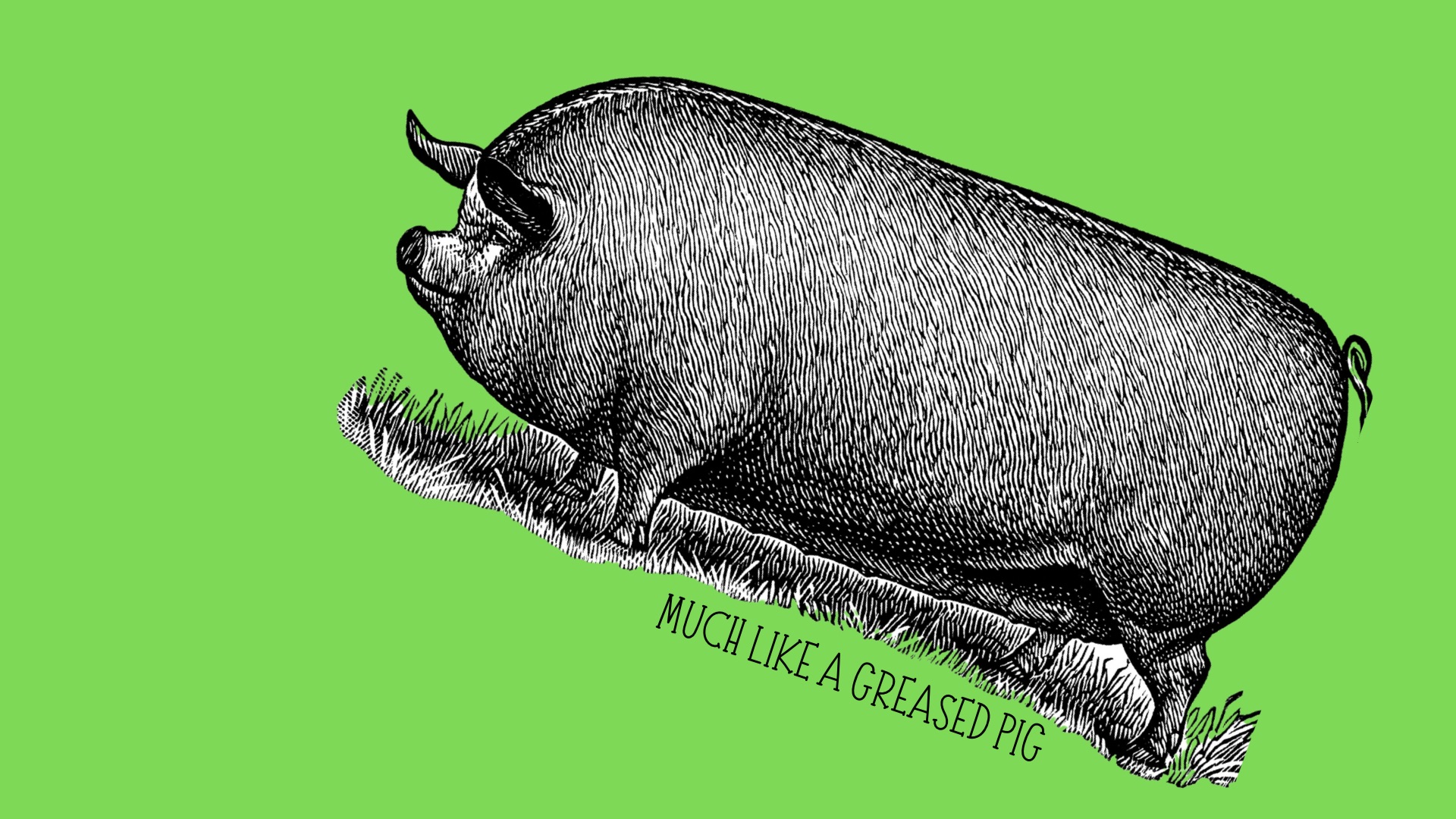 Until his death in 2019, Florida State University's Ned Stuckey-French was a master of the tricky beast called the “personal essay.” Rob Rushin-Knopf looks back at the writer and teacher's brilliant career.

By Rob Rushin-Knopf with illustration by Stacy Reece

About eight years back, the local Veterans of Foreign Wars hall hosted a presentation about this writing thing, which, at the time, felt impossibly out of my reach. All I knew was that a professor at the local diploma shop would be speaking about “the essay.” With visions of the five-paragraph model of my high school days dancing in my head – thesis, three facts, summary – I went.

It turned out to be a fateful, light-bulb event. Ned Stuckey-French, a professor of English at Florida State University, delivered a funny and engaging talk that puzzled over that odd term “creative nonfiction” – “as opposed to destructive nonfiction,” he quipped – and outlined a brief history of the personal essay from Montaigne to the present. Who knew that what I had been trying to do had a name?

Stuckey-French was a longtime professor in the FSU Creative Writing program, and one of the leading scholars of the essay form. His The American Essay in the American Century (University of Missouri Press, 2011) is the go-to scholarly examination of this odd-relation writing form and a terrifically fun read. His Essayists on the Essay: Montaigne to Our Time (University of Iowa Press, 2012) collects 50 essays from around the world and across the past three centuries. Again, terrifically fun.

Ned was a champion of the personal essay, literature’s red-headed stepchild and a writing form that is typically defined by what it is not. It is not a short story, not journalism, not poetry. It sure as hell isn’t a novel. So, what the hell is it?

A new collection of his essays, One By One the Stars (University of Georgia Press, 2022), offers an encompassing answer by way of both demonstration and definition. Sadly, this volume comes nearly three years after Ned passed away from cancer. One by One the Stars is enough to make people hungry for more.

“A lot of people go to church to try to answer those kinds of questions. Some people get their answers, some don’t. But they’re good questions. You should keep asking them.”

The 17 essays are organized into three sections. Part One is demonstration of the personal essay form at its finest; it provides a clear sketch of a child of the placid 1950s Midwest becoming an adult in a world that seemed to be coming apart at the seams.

From early childhood, Ned wondered about everything. During one long dark night of the soul, he asked his father:

Dad, why is there anything? Why are there people? Why isn’t there just nothing?

Heady stuff for a 4-year-old who was lucky enough to have a father who could respond like this.

“That’s a big one.” He looked away to gather his thoughts and then looked back. “A lot of people go to church to try to answer those kinds of questions. Some people get their answers, some don’t. But they’re good questions. You should keep asking them.”

And so, he did. His curiosity and sharp observation run through these essays like a swift stream, from his recognition of his parents’ genteel racism; through his high school years as a straight-arrow jock from Indiana and his awakening to the social currents of the 1960s; to dedicating 10 years of his post-graduation (Harvard) life to working as a custodian at Mass General Hospital in Boston, a cover for his work as a labor organizer for the Marxist-Leninist Boston Organizing Committee. And not least, his examination of his own family ties as son, husband and father.

Part two is a Stuckey-French aesthetics manifesto. These odes to middle-brow culture include unironic celebrations of Elvis, encyclopedias, and how-to painting programs on television. Ned was many things, but he was no snob, fitting for a guy who champions a literary form often viewed from the top of the nose downward. 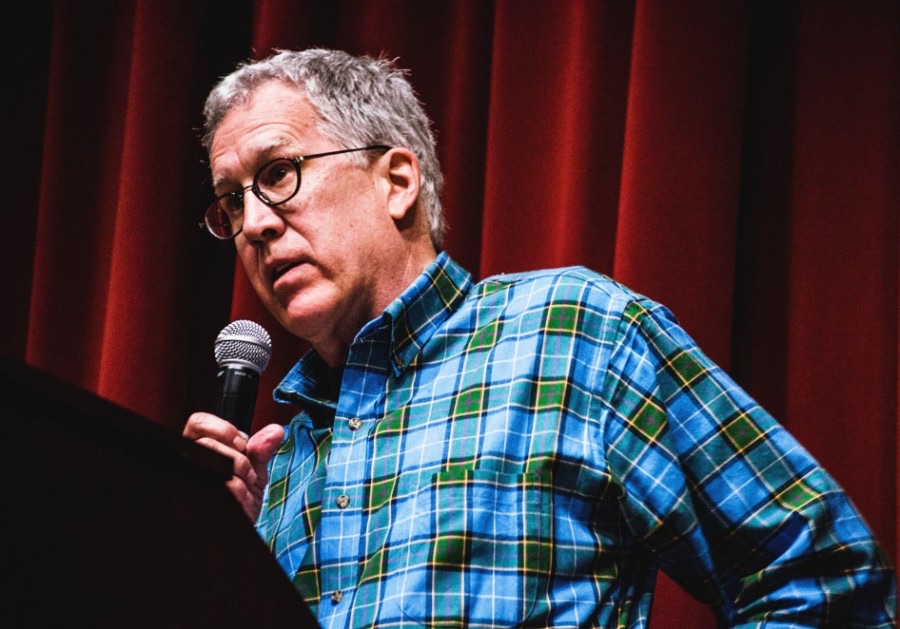 Ned’s manuscript for this collection ended with Part Two. His wife, writer Elizabeth Stuckey-French, and the collection’s editor, John T. Price, decided to include four of Ned’s later pieces. We are fortunate to have these collected in one place.

In “Our Queer Little Hybrid Thing: Toward a Definition of the Essay,” Stuckey-French takes us on a futile-but-funny quest towards a precise definition of essay. In the end, he admits his quest to define the genre is a bust and aligns with the observation that the essay is “a greased pig, and far be it for me to assume I’ve grabbed it.”

The collection’s final essay is “My Name is Ned: Facebook and the Personal Essay,” in which Ned mounts a defense of Mark Zuckerberg’s hellsite as a place where people of diverse views could engage in elevated discourse. Maybe persuade someone or change an opinion, but at the least come together in town-square fashion with mutual respect and decency.

After the VFW talk, I got to know Ned just enough to chat a bit here and there. But on Facebook, we frequently “met” as “friends.” I use the irony quotes here, but Ned was a true believer in the possibility of Facebook and saw his engagements there as part of his lifelong project of listening deeply to the people he met. His efforts at persuasion were generous and kind, always with the assumption that people of good will might find common ground in a fractious world. He was unfailingly kind, and his faith in the better angels of whoever he met – deserved or not – was a model to which we might all aspire.

I wonder what Ned would make of Facebook today, with its flood of paid-for disinformation and algorithms tuned to maximum incitement. I can’t answer for him, other than to suggest that he would find a positive way to make his case. I damn sure wish he was still around to ask.

Rob Rushin-Knopf blogs about culture at Immune to Boredom. He might never had done so without the intervention, however unwitting, of Ned Stuckey-French.