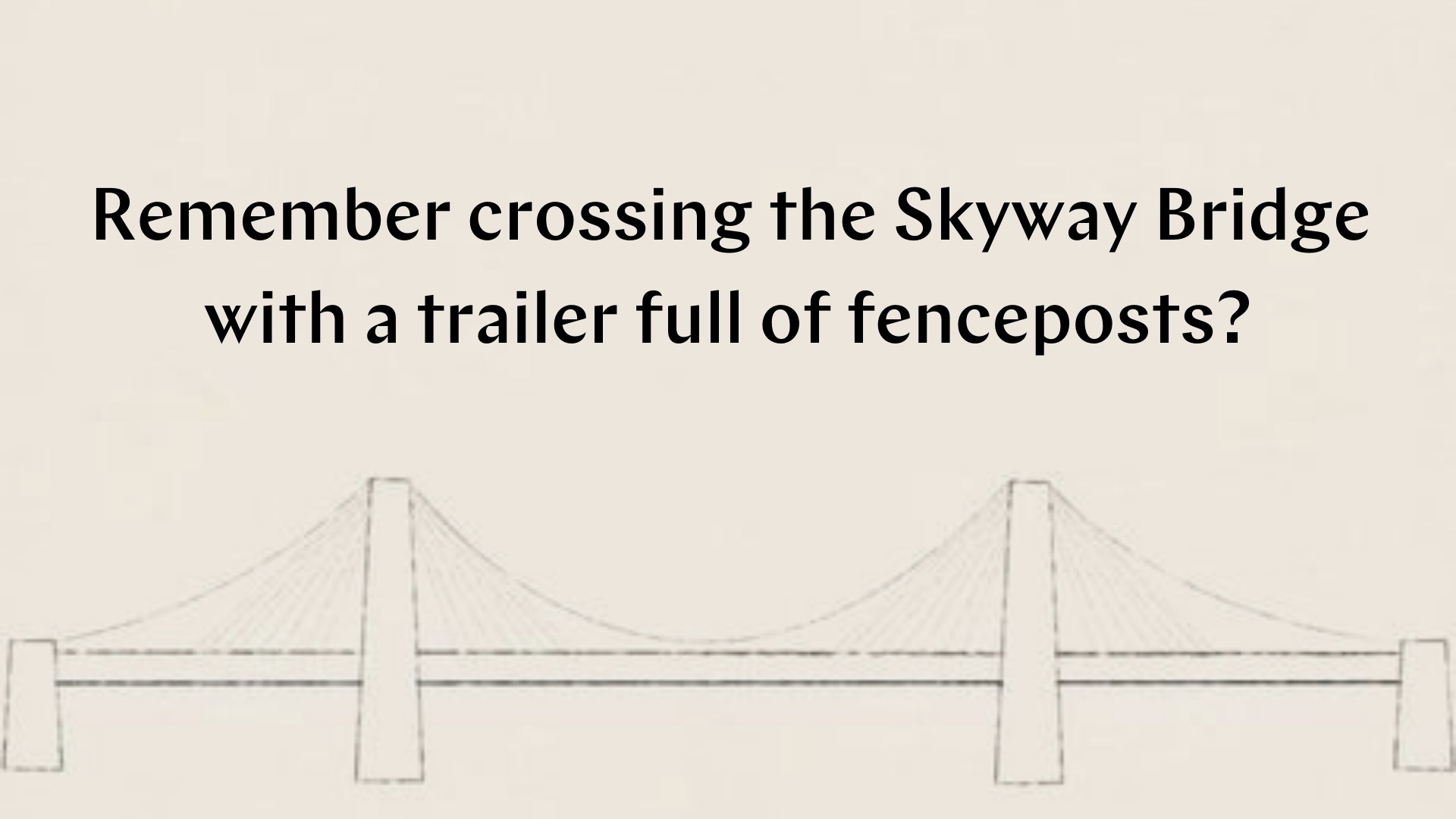 Four Poems by Will Wellman

Will Wellman brings us four poems from his heart — and from his native home of Florida.

The black road before me leads to Davenport
where you wait in a nursing home bed.

Three egrets fly over pine flats, pasture, and interstate
to cast their shadows across a cypress dome.

They graze the gentle sky with giant wings
white as the Tabor light, thin as razors.

I cannot (for the life of me)
describe the place you are headed towards.

The egrets float like prehistoric seraphs,
seeking out something more spacious

than past, present, or future. If I followed them,
they would lead me to a cypress limb

bathed in golden dusk and invite me
into that dark silence which knows the light to come.

Remember crossing the Skyway Bridge
with a trailer full of fence posts
and, when we finally made Myakka, finding
two trailer tires sheared clean of rubber?
You’re lucky they didn’t pop,
Mr. Eason told us, and flip y’all into Tampa Bay.
I thought of cold, black water and suffocation;
you just laughed.
A year younger and a world wilder you gave
me, a cautious first child, the life I was too scared to tempt.
All those high school summers we strung fence,
worked cows, lived in the woods,
came home for house parties and tried to impress girls
with stories and fight everyone else.
Remember the weekend two Tampa Catholic kids
tried to jump you but you broke one’s strawberry skull
open with a screwdriver, or the party in Carrollwood
the drunk old neighbor yelling in your face
you warning I’ll tell you one more time
then dropping him right there broken-nosed and bleeding?
You didn’t give two shits about him or anyone else.
I yipped and yelled, excited to be your friend,
not for the violence but because I’ve always cared
too much and you, the soberest, were always the most
uninhibited — a rippling flag in your own world.
Remember the hurricane weekend down in North Port
when you hit a seven-foot gator, sinking it to the bottom
of that borrow pit lake, twenty feet down?
Silent, you stripped and dove in, all our college friends gasping
the slow minute and a half you were down.
I didn't worry then, or when you broke surface
shouting It’s either dead or stared me straight in the face!
then dove back down; bringing it up, slung over your pale frame
a minute later. We cleaned and ate it that night
like all our other nights in high school stringing fence.
What did you teach me, Matthew, except any life worth living
is twenty feet down in some borrow pit waiting to devour us
or be hauled up over shoulder and into the light of day?

Sanibel (You Belong to Me)

No one ever told us life would be
hard but we discovered it from the start.
Alas, c’est la vie, etc. Amid fertility
treatments and our ragged attempts
at addition we took a break, escaping
to Sanibel, though our poor plans
scattered after just a night—you in bed
yearning to be home as I packed
then ran the dog down the beach.
Let me
tell you of how the sun set in a dozen hues,
how Lily clawed the beach like some foreign planet,
how the early October winds pushed and folded
wave upon wave until they collapsed
across the coast where tomorrow—today—
tourists will be hunting seashells,
how the northwestern sky was gilded
with the slightest remnants of our wrecked day,
the same one I watched disappear
as we crossed over San Carlos Bay.
Let me not forget, too, the palms’ silhouette
against the oncoming night, black fronds
wavering in the salt-licked air as we have
all our lives with indecision. I never
wanted to leave.
The dog and I returned
down the hotel’s sea oat path
and across the perfectly manicured lawn
I heard the pool-side lounge singer
butcher something familiar.
Right as I approached the door
I stopped and listened to him pine—
See the marketplace in old Algiers
Send me photographs and souvenirs
Just remember when a dream appears
I opened the door, smiled, then finished the line…

In New York, the cabbies, Uber drivers, and everyone else
honk at the slightest infraction

or even, it appears to my outsider eyes,
because the driver is going and hates to be stopped

or because because and that seems sufficient enough.
Where I’m from — the South —

we think the horn is only for the most major
of emergencies: someone has caused us

we might have prevented this, so we honk
for what could’ve been.

Once in high school in my friend Jimmy’s
Grand Cherokee, we drove down Swann Avenue

when some middle-aged man cut us off.
Being high schoolers, we were thoughtless

to the consequences and Jimmy honked.
The man whipped his car around

which Jimmy witnessed from his rear-view mirror.
Jimmy said something like that motherfucker

right as we hit a red light. And that motherfucker,
who must’ve been seven feet tall,

and why Jimmy had to honk.