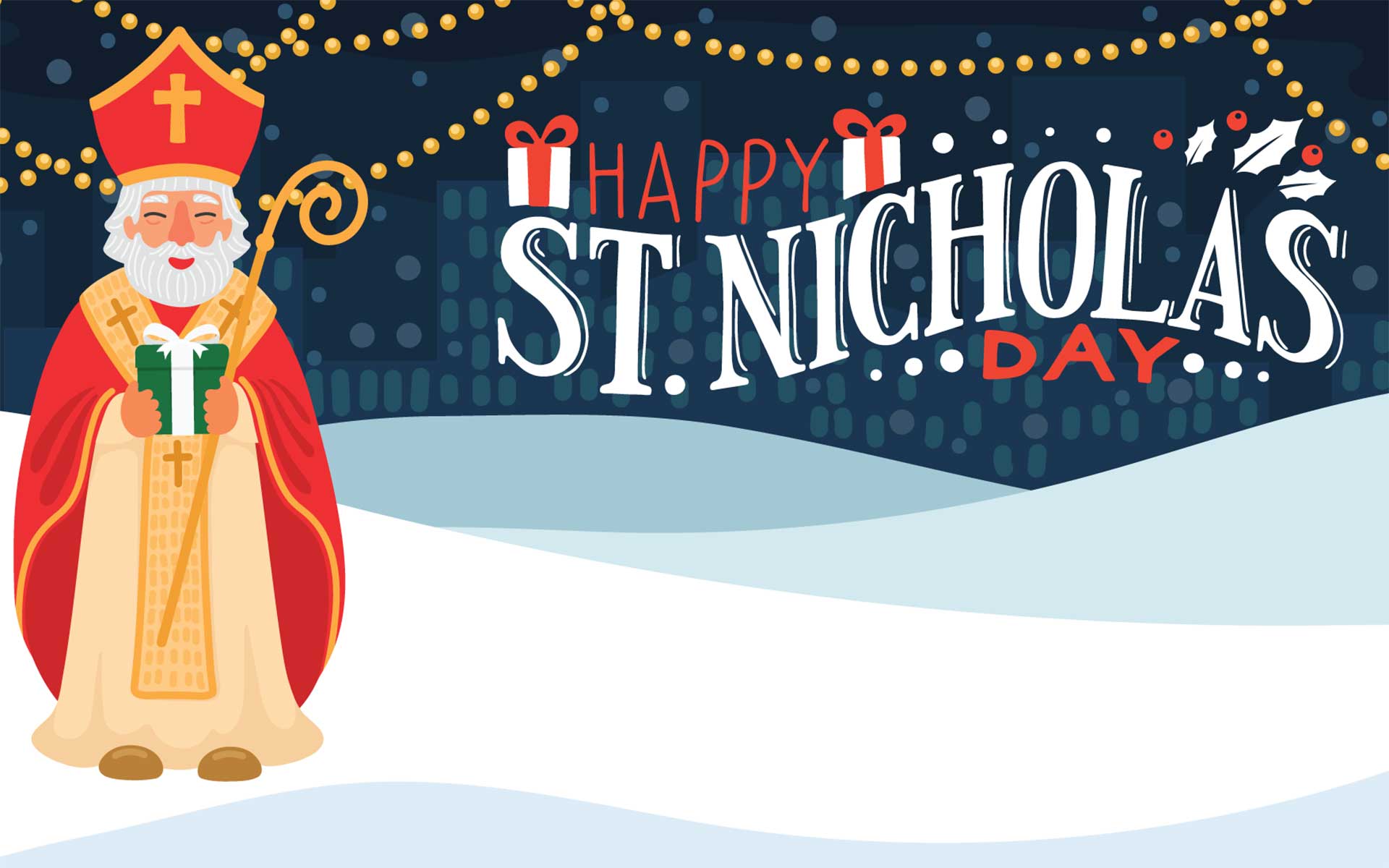 The History of St. Nick

My mom struggled with the Santa dilemma when my younger brother and I were kids. She remembered enjoying the magic of the old man in the sleigh as a child herself, but it also shook her faith when she discovered he wasn’t real. Being a good Christian woman, Mom didn’t want us to learn Santa wasn’t real and then one day question: Is Jesus real? Is god? Is anything?

She ultimately decided that she didn’t want to lie to us but also didn’t want us to ruin it for other families who’d opted to play along. Being a good teacher, she planned out her lesson carefully and sat us down.

“Santa Claus is an important person to many people this time of year,” she said, gesturing at our Christmas tree. A rosy-cheeked Santa ornament holding a Coca-Cola bottle perched on a branch.

“He’s based on Saint Nicholas, a real person who was famous for giving gifts to those in need. He lived a long time ago, but people today still think about him at Christmas time when they give gifts.”

I nodded. It sounded like she knew what she was talking about. I accepted the information, ready to move on with my life.

My brother had follow-up questions.

“So Santa lived a long time ago?” he asked.

“But he’s not alive anymore,” he said.

“That’s right,” she said. “He was a saint from hundreds of years ago.”

My brother processed the information more carefully than I had but ultimately moved on as well.

The next day, my brother’s preschool teacher wanted to talk to my mom after class.

One of the boys in his class had been discussing his hopes that Santa would bring him a bicycle for Christmas. Being a staunch defender of the truth, my brother wanted to share with his classmate the accurate historical record of Saint Nicholas. He gave the boy his most succinct paraphrase of my mom’s thoughtful lesson:

My brother’s teacher said that he had readily shared the information any time that Santa had come up.

Mortified, Mom tried to help him reframe the Santa lesson, but the cat was out of the bag. For my brother, there was no resurrection for St. Nick. He had to preach the truth.

I have my own kids now, and they will need some kind of Santa explanation of their own in a few years. At the expense of historical accuracy, I think I’ll leave their uncle out of this one.