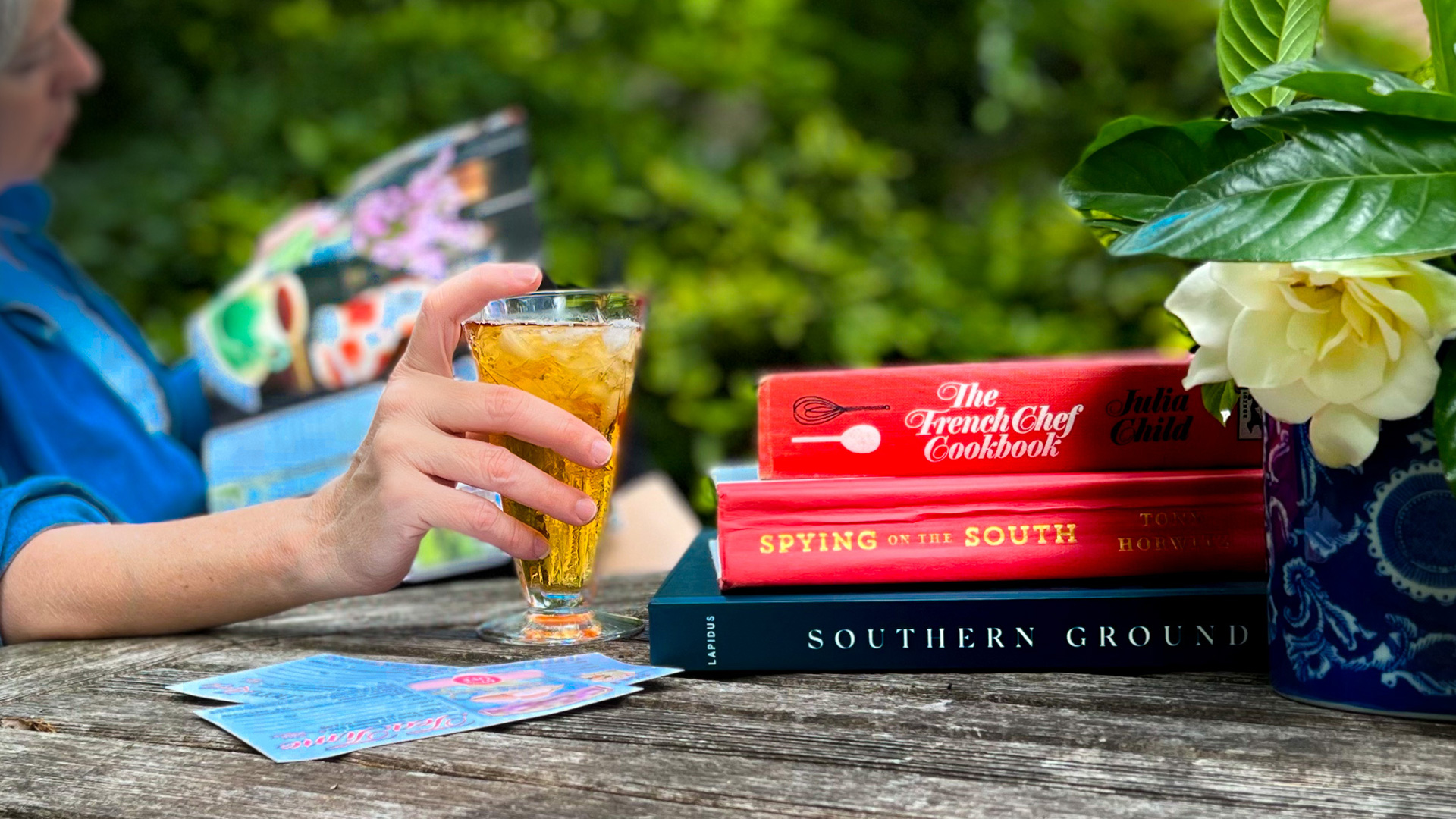 A Summer of Rest

Salvation South's Stacy Reece believes it's time for a summer of rest and renewal.

I was having tea with my priest this week, and he wanted to talk about the need for rest. What did I think we, as a church, could do less of this summer? Since I volunteer on the flower guild and the hospitality committee, he was wondering how we could make our lives easier.

The pandemic was very hard for me in a lot of ways, even with no one in my family or circle of friends dying of COVID. But my husband had some very serious health issues during that time and finding the right medical care has been a constant struggle. On April 8, he fell down our back steps and got a head injury. He wound up in the hospital for 11 days from complications from that fall. Neither one of us were able to devote much time to our companies for about six weeks. The good news is that he is well on his way to a full recovery, and this traumatic event led to a reevaluation of the medications he was taking.  His smack on the head has restored him to the man he was before he became ill and he is better off today than he was more than two years ago.

I have complicated feelings about this phase of the pandemic. I feel like we are reaching the point where we should go back to the way things were in the before times. I feel like I should shed the survival strategies that I adopted during the pandemic. Not just mask wearing and social distancing, but that sense of hunkering down and getting used to not doing the things I used to do. I am an introvert by nature, so I am wired to be self-entertaining in isolation. A quick chat with the cashier at the garden center generally fulfills my need for outside contact. But there was something about all the things we had to do to survive the pandemic that made me close myself off to other human beings - even the ones I know and love. That pandemic-induced unease and wariness about being around other people hasn’t gone away. And when I do try to shed it, I wind up doing something unfeeling and rude. A couple of weeks ago, I was checking out in the grocery line. The woman in front of me was very short and slight and was wearing a mask. I was preoccupied with my to-do list so I stepped up to the register as she struggled to gather her groceries. She gave me an ugly look over the top of her mask as she edged around the checkout station away from me, but I was too busy to notice. It was only after I had driven away in my car that it dawned on me that she may have been so thin because she was ill or immune compromised and she was trying to protect herself from me. So, of course, I felt awful, but it was too late to do anything.

Even when I try to get back to the way things used to be before this new virus upended our lives, I stumble and fall. Who can I hug? How close do I sit next to people? Do people want to have a conversation with me if they are not wearing a mask? Is a maskless face an open invitation to pretend that the pandemic never happened and we can feel joyous and free?

We need a summer of rest and renewal. Our life looks relatively idyllic on the surface, but there is still a fear of what lurks underneath.

I remember how much the world changed after 9/11 and how those changes grew as time moved forward. The happy and sad moments between families and friends at airport gates were gone instantly. Then the process of disrobing in security lines got longer. Then the increased exposure to X-rays. The act of flying now seems to have more hurdles than buying and carrying a loaded weapon in public. The follow-on fears that came out of the initial insult of September 11 made the snowball bigger as it rolled downhill.

The banking crisis of 2008 hit a lot of people hard and further increased the wealth divide just when a lot of people were thinking that they were finally getting ahead. Time has only increased that wealth gap and the stewing resentments of that trauma are boiling over today.

I’m still constantly marking off six feet in my head whenever I am around strangers. Sneezes and coughs are triggering. Barreling back into a pre-2020 world only seeds the ground for gaffes and awkwardness, if not heightened risk of infection with the latest variant.

If this virus had appeared in 1985, we would have experienced it in a very different way. We would not have had technology to keep us informed and connected. The mental health impact may have been worse since the isolation would have been greater, but we may have been a more cooperative population because we still trusted the media. And the opportunities for spreading misinformation would have been greatly reduced. However, the technology that we have used to cope with our present-day isolation may become an easy substitute for real human contact — especially since the pictures look better than real life. And what will that do to the fabric of our society?

Prisoners of war often exhibit a certain set of behaviors even after their release. These can be listlessness, uncommunicativeness, lack of spontaneity, indifference, slowed reactions, lack of enthusiasm and lack of initiative. I struggle with those feelings these days. I have a hard time getting enthusiastic about things, since I don’t know if something will interfere with it. We went out to dinner recently. It was a lovely spring evening and the meal was perfect. It felt just like the old days. But as I was reveling the perfection of the moment, there was this little voice warning me to not get too attached to the feeling. It could all be taken away in a moment.

I think our priest was right. We need a summer of rest and renewal. Our life looks relatively idyllic on the surface, but there is still a fear of what lurks underneath. I’ve made a commitment to start calling people on the phone more and making more appointments for coffee with people I’ve never met or I’ve lost contact with. I need a renewed engagement with all of you. If you would like to talk on the phone with me or meet with me in the Atlanta area, send your name and phone number to stacy@downsouth.house. I can’t wait to hear how you are doing!

2 thoughts on “A Summer of Rest”