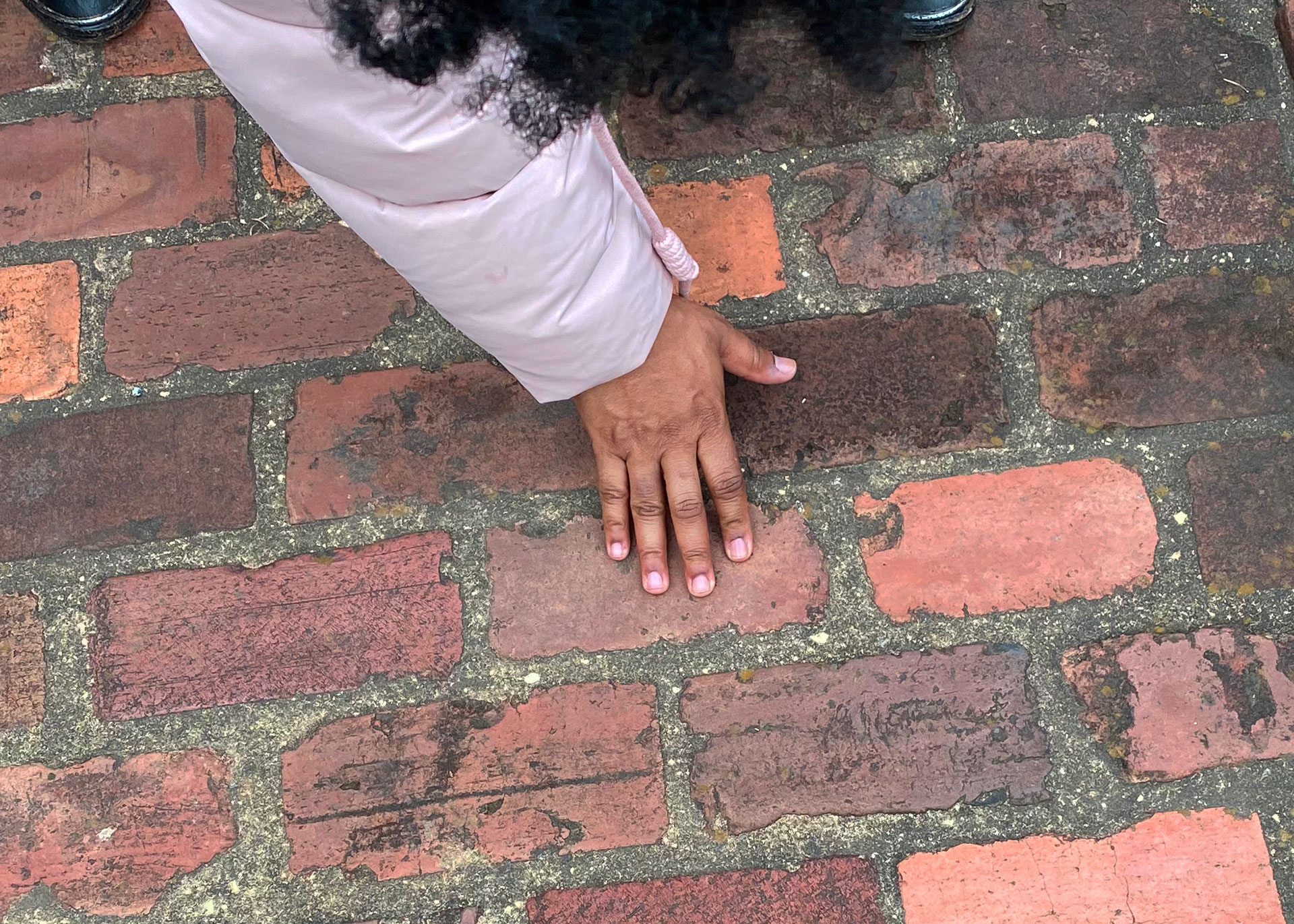 Atlanta’s Abra Lee is on a quest to recognize Black America’s greatest horticulturists.

I stood on the path, watching while Abra Lee knelt and placed her right hand on a brick, fingertips splayed as they settled into shallow oval-shaped marks imprinted into the 19th century blood-red paver.

The brick maker’s name is lost to history, but the makers’ marks live in the paths throughout historic Oakland Cemetery in downtown Atlanta. Oakland is special, a beloved park and public garden that’s also an active cemetery. Among its 70,000 residents are 28 former Atlanta mayors as well as notable Georgians like golfer Bobby Jones and “Gone with the Wind” author Margaret Mitchell.

I caught up with Lee at Oakland Cemetery on an early spring morning. The redbud trees and bright coral quince were at their peak, and as we walked, we talked about history, horticulture and honoring those who came before. 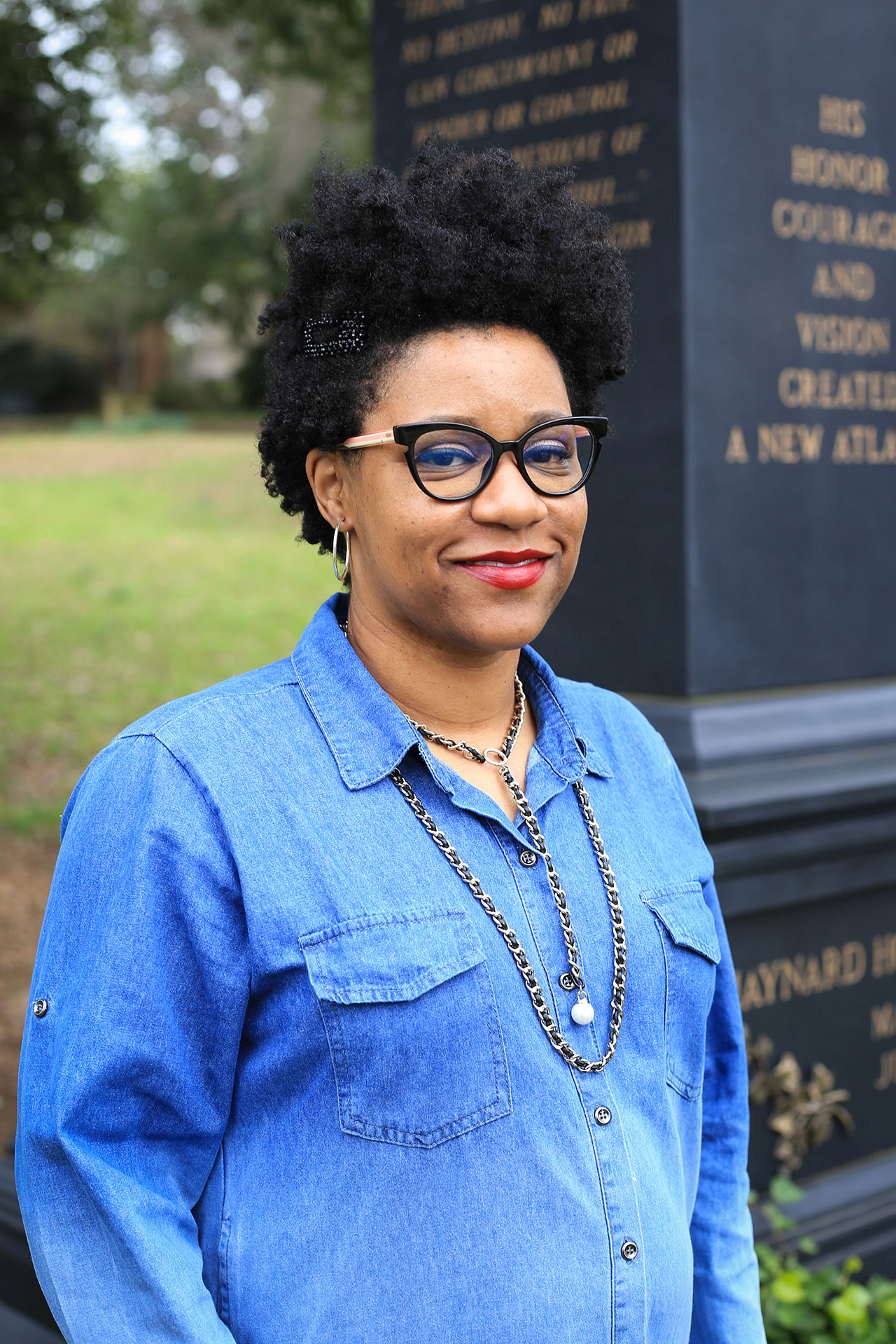 Lee is at home in places like Oakland where the living walk right by the dead. She’s a horticulturist by training, a historian by nature and profession. Her work is telling the stories of Black Americans who worked the land and built opportunities for themselves and their communities. It’s a rich and complicated history that she’s uniquely qualified to tell.

“You can’t separate Southern history from horticulture,” she says. “It’s there in the stories from slavery to Civil Rights.”

She tells some of the stories in her forthcoming book "Conquer the Soil: Black America and the Untold Stories of Our Country’s Gardeners, Farmers and Growers," slated for release in September 2023. In it, she profiles 45 Black Americans whose horticultural careers are not widely known. Like the forgotten brick makers, they made their mark, but their full stories were lost to history, until now.

It makes sense that “Conquer the Soil” is Lee’s brand for her work in horticulture and history. It’s based on a quote by W.E.B. DuBois from his 1903 book “Souls of Black Folk.” DuBois lauds Black people for “the gift of sweat and brawn to beat back the wilderness, conquer the soil, and lay the foundations of this vast economic empire.”

Lee earned her horticulture degree at Auburn University, and her career includes stints as an estate gardener, a Cooperative Extension agent and horticulturist at the Atlanta airport before finding purpose in the history of Black American horticulture. Along the way, she listened and recorded the stories that caught her ear — the tales of important Black contributions to her chosen field, some widely known, some not.

“You can’t separate Southern history from horticulture. It’s there in the stories from slavery to Civil Rights.”

Through “Conquer the Soil,” Lee tells the stories of the people who haven’t always been seen — the horticulturists, floriculturists and gardeners who worked the soil and created something new. Some were enslaved, some were free, and many lived through the perils of segregation and Jim Crow.

The stories come to her from research in archives, libraries and funeral home records. Two-thirds of the stories originated from word-of-mouth, many shared by family and friends.

“Folks tell the stories they heard growing up,” she says.

Some of the hidden figures Lee writes about are familiar from high school history class. Less familiar is the story of Wormley Hughes, the principal gardener at Monticello, Thomas Jefferson’s home in Virginia. Hughes managed the gardens at the 5,000-acre estate, and it’s said he dug the founding father’s grave. Hughes is considered the grandfather of Black American horticulture.

Lee’s work gives credit where credit is due. Although Hughes was an enslaved laborer, he did the work of a professional landscaper. Lee makes it clear that he deserves proper recognition for his contributions to a landmark American garden.

Another profile is Annie Vann Reid of South Carolina, a former teacher turned entrepreneur who owned a greenhouse and nursery in the 1940s that sold plants and seeds. She writes about David August Williston, a Cornell University graduate who was the first Black American landscape architect. He’s known for designing the Tuskegee University campus in Alabama.

In her book and talks, Lee tells the story of the Texas rice farmer called “Uncle Ben” whose name appeared on orange boxes of parboiled rice. Along with other famous Black Americans who conquered the soil but didn’t get the respect of history, “they were pioneers in horticulture. We owe them so much more than to call them Aunt and Uncle,” she says. 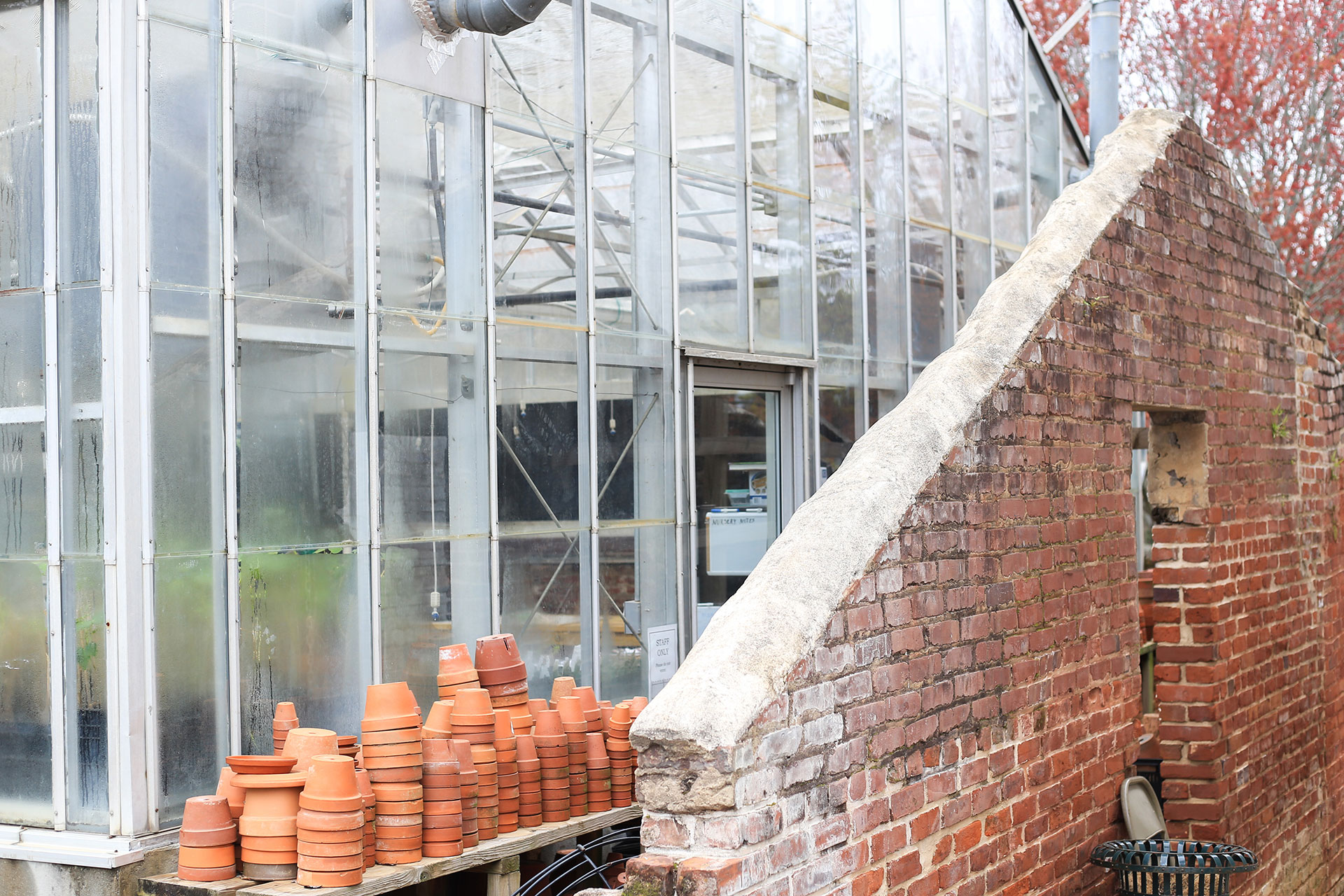 Growing Up With Oakland

None of Abra’s subjects reside at Oakland (at least so far), but the historic park is dear to her heart for a reason. After all, it was her playground while she grew up in Atlanta in the 1970s and ’80s.

At the time, her father worked as the director of parks in the administration of Atlanta’s first black mayor, Maynard Jackson. Lee rode with her father as he checked on the city’s parks. On our Oakland tour, we stopped at Mayor Jackson’s monument, an impressive 14.5-foot monolith of honed black granite from Africa. At the base of the monument, a bed of ivy symbolizes eternal life.

Throughout the cemetery, visitors leave mementos at the monuments. You’ll find stacks of small stones on the monuments, and golf fans leave tees and balls by Bobby Jones’ headstone. On the day we visited, an opened bottle of Hennessy and a neatly filled snifter perched on the ledge of Jackson’s monument.

Many of Oakland’s monuments face east, but Jackson’s faces west, towards the shimmering gold dome on the Georgia capitol building.

In a city like Atlanta, the “city too busy to hate” that’s oftentimes too busy to remember, honest-to-gosh history is a precious thing waiting to be revealed.

Like Lee says, once you know to look for the fingerprints in the bricks, you see them everywhere. The red Rockmart bricks have held down the earth for more than a century. They’re worn down by years of weather and shoe leather, but the stories remain for us to uncover.

1 thought on “Conquer the Soil”