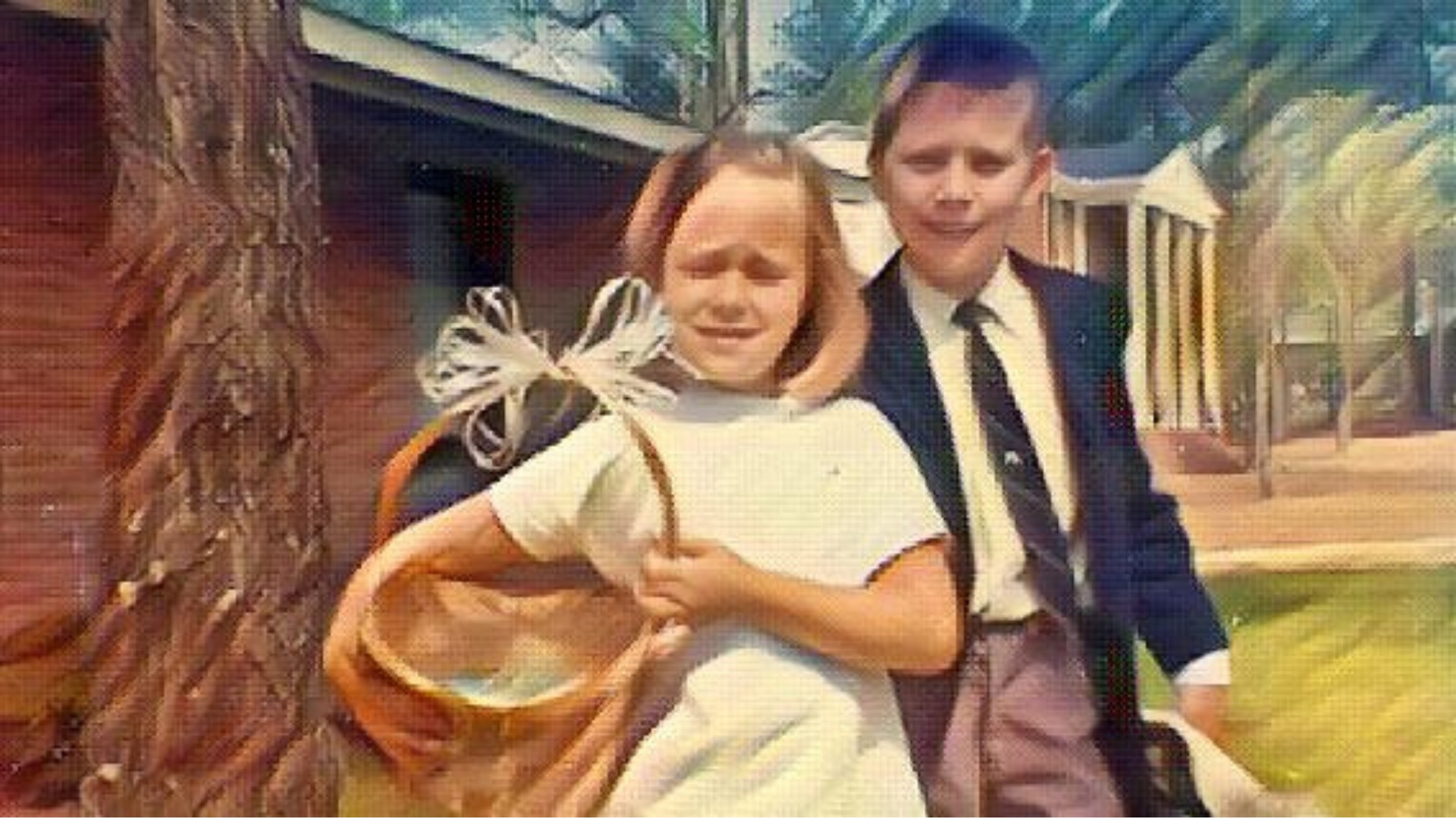 Macaroni and Cheese for Easter

Dee Thompson with a story on her mother's Easter macaroni and cheese, which goes way beyond al dente.

I seriously love my mother’s homemade Macaroni and Cheese.

I was a teenager before I ever ate the stuff that comes out of a box and is called Macaroni and Cheese. When I did try it, I was horrified. It was more akin to a science experiment [gone horribly wrong] or a building material. The pasta was chewy. The “cheese” was made from a powdered substance probably only a few molecules different from plastic. I’ve heard people wax poetic and nostalgic about eating that, and I pity them.

Now, we never made a big fuss over Easter dinner. Ham, Macaroni and Cheese, maybe a salad or some green beans, and some kind of easy dessert [cobbler, anyone?] was usually on the menu. Long after my brother and I grew up, my mother carefully decorated her dining room table with colorful easter figurines and fake but colorful easter eggs. She often bought bags of small, chocolate Easter eggs and easter candy and put them on the sideboard in the dining room. One Easter when my brother and I were small and she still had a lot of energy, she thought it would be fun to take soot out of the fireplace and make “bunny tracks” from the back door to the living room where our Easter baskets were waiting for us. Being very small, we were convinced the bunny had somehow magically entered the house and left our baskets. Mom never repeated that, though, because she said getting the soot out of the carpets was a nightmare.

Two things make my mother’s Macaroni and Cheese very different from what most people eat. First, she used ordinary elbow macaroni, but cooked it three times longer than the directions on the box said. If you think pasta should be “al dente” [a fancy way of saying too chewy] just stop reading now. The second thing is the cheese sauce. Memaw and Mom made a basic white sauce and stirred in freshly grated cheddar or whatever kind of cheese was on hand. My main recollection is grating up the red blocks of cheddar made by Kraft, I think.

Below is my mother’s exact “recipe” for Macaroni and Cheese. She assumed anyone over the age of 5 would know how to make a basic white sauce and throw in some cheese, but you might have to Google “basic white sauce.” It’s easy, as long as you are willing to stand at the stove a few minutes. She also added: “Note: add spices, onion powder, garlic powder, curry powder, dry mustard etc. to your white sauce. Just add flavors you and your family would like.” (I usually just use onion and garlic powders, and maybe a little white pepper.)

Macaroni and Cheese: Cook the pasta longer than the directions on the box [she’s talking about a regular-sized box of macaroni]. Drain, fold in enough cheese sauce to make it very moist, add a couple of beaten eggs, stirring them in so they don’t cook, and place in greased casserole dish.

Two things make my mother’s Macaroni and Cheese very different from what most people eat. First, she used ordinary elbow macaroni, but cooked it three times longer than the directions on the box said. If you think pasta should be “al dente” [a fancy way of saying too chewy] just stop reading now.

Cook ’till bubbles form around the sides – about 20-30 minutes at 350, depending on the size of your dish. Remove from oven, sprinkle more grated cheese on top, return to oven. Cook ’till cheese melts.

If serving guests you can throw on some paprika to make the Macaroni and Cheese look more “partyfied.” You can also brown up bacon and chop it up, and works, too.

I have seen the day when she added chipped up pieces of ham to the Macaroni and Cheese, and that plus a salad makes a filling meal.

Funny story. I had just started dating a guy years ago when I was in grad school and he asked me out on Easter. I explained I already had plans to eat Easter dinner with my parents after church, around 1 p.m., and invited him to come with me. He said, “I’m Jewish, I can’t go then.”

I was stumped for a moment, then I remembered in the Jewish faith the Passover meal is very special, with special foods, special prayers, etc. I explained that we don’t do anything particularly religious or special for Easter, although I would tell Mom to maybe roast a hen instead of serving ham, if he wanted to join us. He did join us, and it was super-awkward. He was a nervous wreck. We didn’t try to convert him or talk about Jesus or anything like that. However, he didn’t take his napkin out of the napkin ring or put it in his lap, after we sat down and said the blessing. Ten minutes passed. He still ignored the napkin. Finally, I got up and took it out of the holder and handed it to him and said “Here, put this in your lap.”

Then he cut his chicken like a 5-year-old. I glared at him.

Mom and Dad told me later it was all they could do not to giggle at that point. Needless to say, I had no problem with him being Jewish but his faux pas with the napkin and the misuse of his knife and fork meant there would be no further dating.