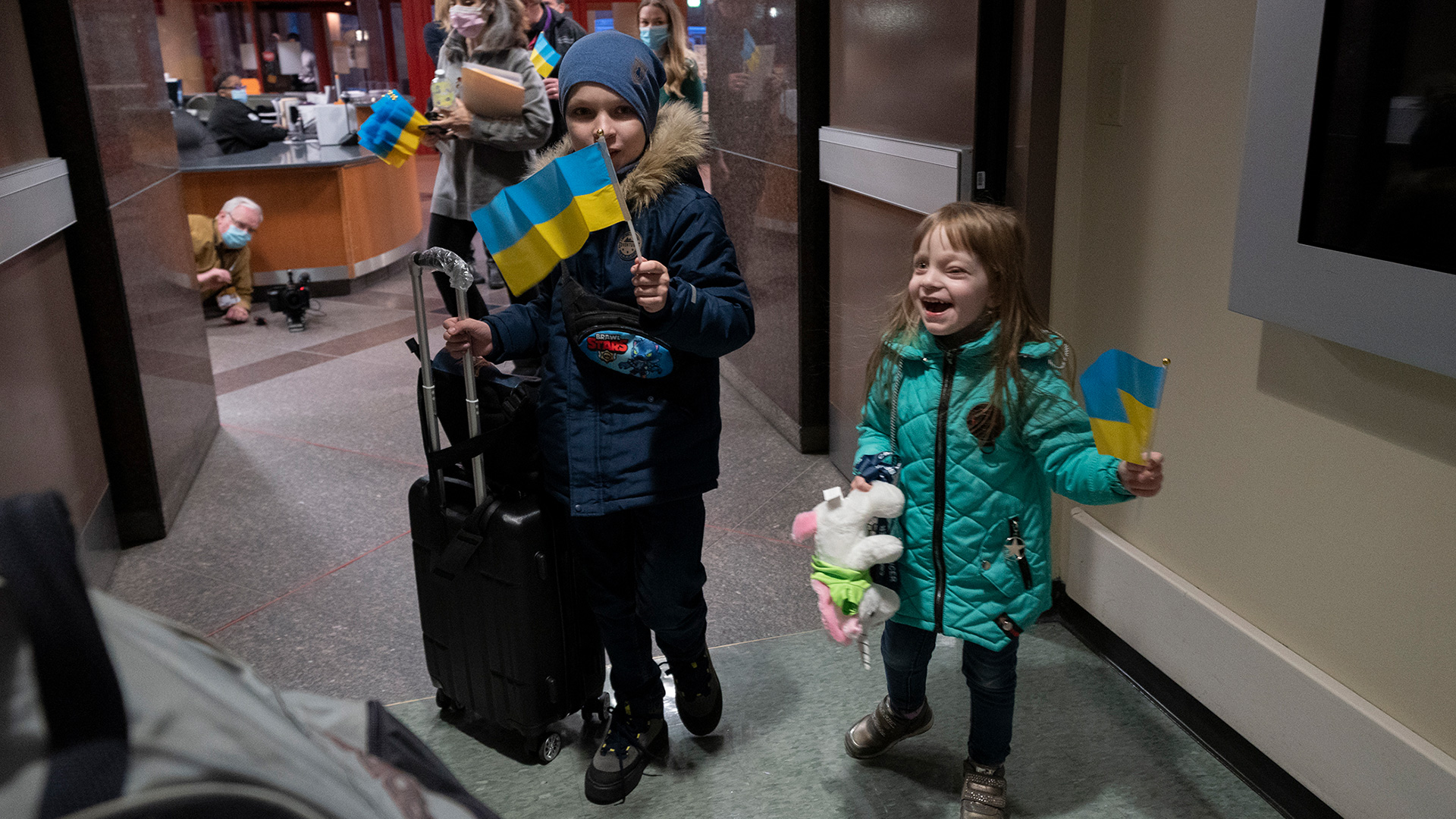 You Are Safe Now

In the pre-dawn darkness on Monday, March 21, a handful of Ukrainian children, their exhausted mothers and some siblings left the Unicorn Marian Wilenski Clinic in Bocheniec, Poland. The Unicorn is not a world class hospital, but a hostel converted to a triage unit for the refugees fleeing the war in Ukraine that, four months in, still lacks any coherent objective save destruction. The mythical Unicorn, in local folklore, has miraculous healing powers. And that is exactly what these children need.

In Europe’s worst humanitarian crisis since World War II, there are an estimated 1,500 pediatric cancer patients, their life-saving medicine used up days or even weeks earlier in cold, damp cellars hiding from the onslaught of Russian artillery. These children were born in the shadow of the Russian semi-invasion of 2014, the “Frozen War,” and when it became unfrozen in February, all hell broke loose.

Half a world away in Memphis, some days it’s hard to be proud of your hometown because you just know too much. Other times, it’s easy. Like when a network spearheaded by St. Jude Global – an arm of St. Jude Children’s Research Center – launched SAFER Ukraine. Plans in wartime, however, rarely survive contact with the facts on the ground, and what was intended as a relief effort quickly shifted to coordinating a massive medical evacuation. Hoping to stay close to home, the network placed some 750 patients in the best cancer centers in Europe as the refugees kept coming. Then St. Jude Global was facing the question: How do you bring top-tier cancer treatment to the world if that world is coming apart?

You bring them to Memphis. 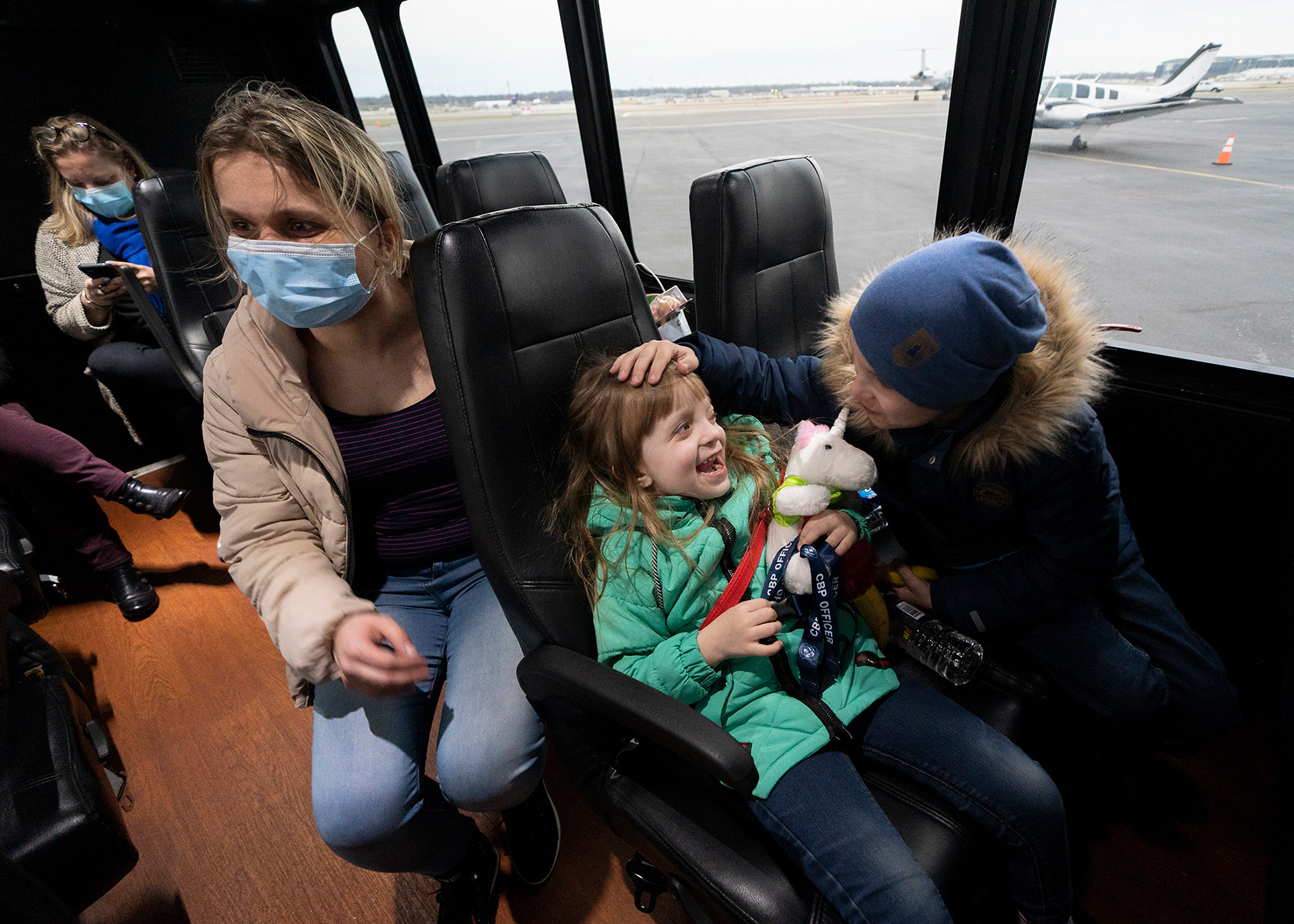 At 5 a.m., four children, in about as bad a way as you can imagine, boarded a U.S. medical transport plane along with the remnants of their families. It was not an easy flight: The complex logistics of moving cancer patients requires intravenous drips of chemotherapy and antibiotics.

“We are away from war, away from Ukraine. My son is safe. However, my soul is hurting.”

Infections develop easily, and for children with such compromised immune systems, they can be deadly. The flight stopped in Belgium, refueled in Iceland, and again in Washington, D.C., before touching down in Memphis early in the evening. To the exhausted, jet-lagged passengers, it was one o’clock in the morning.

It is fitting that this research center is also a shrine to the patron saint of hopeless causes: St. Jude has always represented something of a Hail Mary pass to our better angels. Since its founding in 1962, the survival rate of childhood cancers has gone from 20 percent to 80 percent. St. Jude’s never turns away a patient, a policy that costs more than $2 million a day in expenses not covered by insurance. The shortfall is made up by largely anonymous donations averaging a scant $35.

Part of that fundraising team is Yuri Yanishevski, who was on the tarmac when the plane made its touchdown. He and his wife Lana, a pediatrician, are both Memphians, but are originally from Kyiv. They left 31 years ago, so their Ukrainian was rusty – it isn’t one of those languages that you hear a lot outside the motherland. Fortunately, Yuri’s message to families was simple: “You are safe now.”

Across town, Dr. Lana was whipping up some borscht, a popular Ukrainian soup made from red beetroot. Sure, it sounds a little weird to a population raised on barbecue, but comfort food is whatever your mom made, at home, where you were safe. And if that isn’t Southern hospitality, I don’t know what is.

And comfort, along with the odd miracle, is what is needed. Dad and older siblings won’t be coming through the door to relieve Mom and tell bad jokes. They are back in the ruin of home, fighting a war in which, as Mom certainly knows, the odds are stacked against them. Natalia (last name withheld to protect her privacy) arrived with her 8-year-old son Bogan, but her husband and two teenaged daughters are back home.

“We are away from war, away from Ukraine,” Natalia said through an interpreter. “My son is safe. However, my soul is hurting.” The war in Ukraine has been called the “Tik Tok War,” and for Natalia the technology is a double-edged sword: The app lets her track her family’s location on her phone. She knows that they are alive, but she is also listening to the howl of air raid sirens over her home throughout the night. She does this instead of sleeping. “My heart is breaking for my children back home.”

First Lady Jill Biden with Marlo Thomas, St. Jude National Outreach Director and daughter of its founder, comedian Danny Thomas, on the day they visited the children from Ukraine

The Yanishevskis’ Ukrainian is getting a workout translating for patients as well as interpreting medical records. A few days after the children’s arrival, First Lady Dr. Jill Biden came to town to welcome them. The children are resilient, and they’ve been delighted with a wall of donated toys – Memphians take a peculiar pride in keeping the sick kids who come here amused. But the scars will run deep for the families, so additional trauma-informed psychosocial therapy has been arranged for parents and children alike.

We tend to think of hospitality as something for neighbors and friends; people from our community. As important as that is, the world is shrinking fast. Marlo Thomas, St. Jude National Outreach Director and daughter of its founder, comedian Danny Thomas, put it this way: “My father, the 10th child of impoverished immigrants from Lebanon, founded St. Jude Children’s Research Hospital 60 years ago around his belief that no child should die at the dawn of life. And he didn’t mean no American child. He meant no child anywhere.”

While these refugees are safe and getting the treatment they need, Ukraine’s problems are bigger than medicine and comfort food. So, what’s next?

When I started traveling with humanitarian medical aid outfits – including a mission to a hospital in Kharkiv that has since been reduced to rubble – a nurse told me the secret of holding it together when facing a crisis like this: “You don’t have to save all of them. Just save one. Then wake up and do it again.”

She was right. The next week, more patients flew in, and somewhere in Memphis, of all places, another batch of Borscht was being made.

1 thought on “You Are Safe Now”